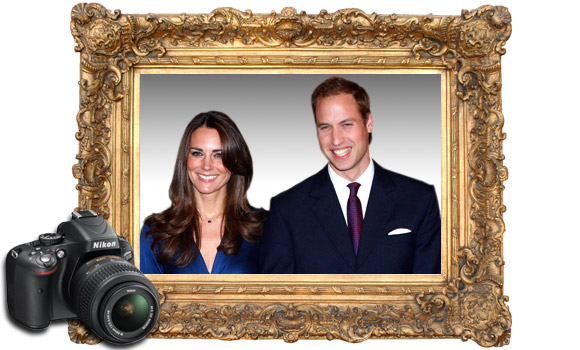 Nikon professional photographer, Arthur Edwards, gives us some handy hints on how to capture the perfect pictures of the royal wedding

With more than three decades’ experience of photographing the royal family, Nikon professional photographer Arthur Edwards knows better than anyone what should be the priority on the big day: “The balcony kiss is the picture to get. Half of the photographers missed Charles and Diana’s iconic balcony kiss in 1981 because they were changing film. We won’t be able to use that excuse this time around. All the great things that have happened in this country are marked with a celebratory picture on the balcony.” Here are our tips for getting the best pictures.

1 Get there early and make sure you’re in position.

2 Check the camera is fully charged and keep it in your hand, ready to take a picture.

3 Get as close to the action as you can, but don’t worry if you’re not front row. Take advantage of the super-zoom cameras on the market, so that even if you feel miles away, you can still get close to the subject in your photos.

4 Don’t be frightened to ask people to move in order to get a clearer view.

5 Shoot on the best possible quality setting — photos are not just about volume, you also want as a high resolution as possible, so you can make quality enlargements later. Make sure you have a few memory cards with you.

6 Don’t just focus on the royal couple — there will be numerous other top-notch guests around, especially entering and leaving the Abbey.

7 Don’t forget to take some crowd shots, pictures of all the venues, and, of course, get a picture of yourself there.

8 Make the most of the HD video available on many cameras, and record the parade and the sound of the bells at Westminster Abbey.

9 The route is a lot shorter than the one Charles and Diana took — if you have continuous shooting on your camera, then use it, as it could be your best chance of getting a picture of Kate and William as they pass. Make sure you hold the camera really still: try steadying your arm against something solid.

10 Be ready for anything — the beauty of being there on the day is that you’re ready to capture the unexpected.

How to Sell your Property through the Lens