This is one article which I have wanted to write for some time now, but struggle to get through it each time due to the sensitive nature of the subject matter. However, as it has once again reared its ugly head on social media, I feel now is the right time.

A Country with a Horrific Pastime 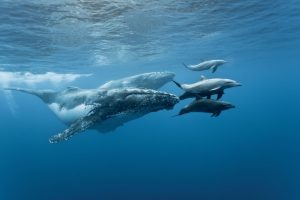 New Zealand is home to some of the most beautiful of sea animals, particularly dolphins and whales. I have grown up watching these marvellous creatures swimming freely from our shores and I’m always taken aback each time by the sheer beauty. The same adoration cannot however be said about a huge group of individuals from the Faroe Islands though.

This Danish island regularly take to the seas for a bloodcurdling ritual, which they put down to their cultural rights, and destroy thousands of theses innocent creatures through slaughtering them in the most vicious of ways. Though its extremely difficult to look at the pictures which show the evidence of this barbaric and inhumane act, the world needs to be shown this and somebody needs to put a stop to this act once and for all.

Why Do We Continue to Let Man Destroy Animals?

If this is the first time you have heard of this act, you will be wondered how on earth this perverse and cruel act continues to be permitted in the twenty-first century. After all, aren’t we all aware of the concept of extinction and animal rights? Yet, this is one island that get away with this most gruesome of acts merely because they believe it is in their heritage – their culture demands this – that along with many neighbours of the island turning a blind eye to the proceedings.

This event is a hunt lead by a group of natives who track and then slaughter innocent dolphins and whales for entertainment. They may tell you its all the name of culture but when you consider that the locals all rally round to witness the event, this is in fact a spectacle which is entertaining for those both taking part and indeed watching.

I won’t go into the graphic detail of how these defenceless creatures are slaughtered, but believe me – it’s cruelty at its worst. These hunts happen regularly throughout the season and end in a red sea massacre, with many the females pregnant at the time. A little of the meat is used and distributed to locals, but a huge proportion of the bodies are merely dumped like garbage of left to rot for the birds to feed on.

Further Information and Ways to Help

Sea Shepherd are the conservation organisation that are working tirelessly to end this barbaric suffering. Find them at www.seashepherdglobal.org and have a look at the many missions they work on to keep our oceans and the beautiful creatures who reside in them protected. The more publicity we can give this campaign, the more chances we have of stopping it.