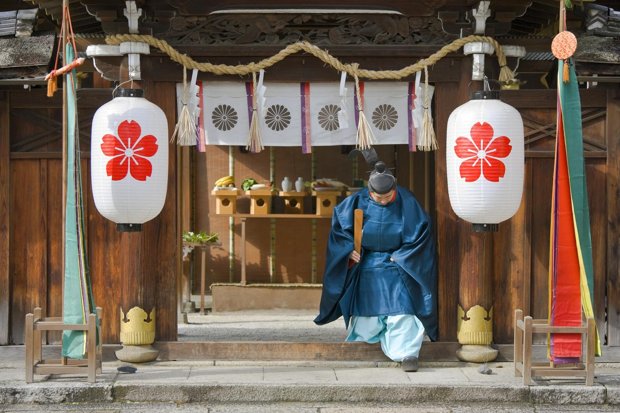 They call it the bakugai, or “shopping explosion”, and it has revitalised Japan’s shopping and tourist districts but an influx of Chinese tourists is provoking a backlash among some Japanese, who accuse them of bad manners, noisiness and poor lavatory etiquette.

The authorities are printing hundreds of thousands of foreign language lavatory guides after reports of soiling in Japan’s pristine conveniences. The surge is adding to apprehension about the hordes of foreigners expected for the 2020 Tokyo Olympics — eager, free-spending, but ill acquainted with the delicacies of Japanese behaviour.

“We’ve had complaints about smoking in non-smoking areas, queue jumping and impoliteness when taking photographs of geisha,” said Sayaka Fujii, of the city government of Kyoto, Japan’s ancient capital. Other sources of irritation are tourists who drop litter and sit on the ground in inconvenient places.

The greatest anguish, however, is caused by toilets. All the toilet rolls were apparently stolen from the Hirano Shrine in Kyoto — a crime attributed, without conclusive evidence, to Chinese tourists, who are said to prize the soft texture of Japanese paper. Other problems include failing to flush after use and dropping used paper on the floor rather than disposing of it in the bowl.

The main problem is the unfamiliar challenge presented by a raised toilet seat to those accustomed to the traditional Asian toilet: a hole in the floor over which the user squats. Western-style upright toilets are the norm in Japan these days and there have been increasing reports of mess caused when visitors climb up and squat on the seat, with disastrous results.

The impact of the tourist shopping explosion is most obvious in Ginza, Tokyo’s most famous shopping district, a refined area of elegant shops, department stores and exclusive bars and restaurants. In the past two years, its business has been transformed by the rise in Chinese tourism.

Their business is eagerly sought. The bigger shops all have Mandarin-speaking staff to guide their new customers, and signs welcoming Union Pay, the Chinese credit card, but many of Ginza’s snootier denizens deplore the change to the character of the area.

The Chinese tourists’ favoured mode of transport, large diesel buses, clogs up the traffic as their passengers do the pavement. “They speak too loudly and block the way,” says an employee of the local business association, who wishes to remain anonymous. “Now people, say it’s just not Ginza any more.”

The Chinese influx is the result of government policies intended to help Japan’s struggling economy. Formerly strict visa rules were relaxed to encourage the growing Chinese middle class to spend its new wealth in Japan, with unimagined success.

Chinese tourists made up 18 per cent of visitors in 2014, a 30 per cent increase on the previous year, in third place after South Korea and Taiwan. The amount of money the Chinese spent, £332 million, outstrips all of the others.

When questioned, Chinese speak of the high quality and reliability of Japanese goods. As well as selling electrical and kitchen equipment and fashion, the shops of Ginza do good business in suitcases enabling customers to take home all their bulky purchases.

It is little more than a generation ago that the Japanese first began to venture overseas in large numbers, when they were the ones with a reputation as high-spending, camera-obsessed bumblers.

“Groups of Japanese tourists were frowned on by western people,” says the man from the Ginza business association. “Perhaps Chinese tourists are the same as we were 50 years ago.”