Home
Airlines and Planes
Weather and fuel may be crash factors 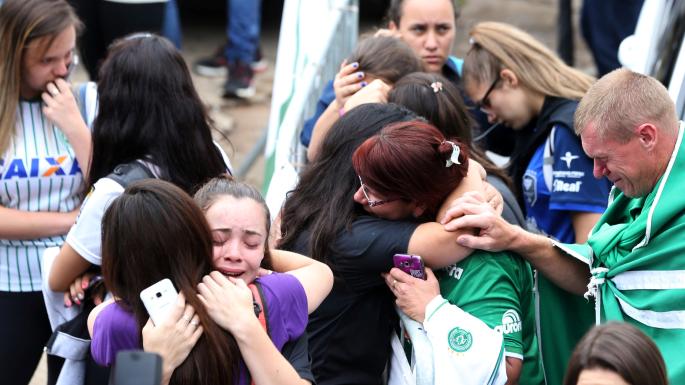 At 10pm on Monday, as LaMia flight 2933 was 30 miles from its destination at José María Cordova airport in Medellin, Colombia, the pilot radioed the control tower to report an electrical fault.

Miguel Quiroga said that the plane would not be able to make it to the airport and would circle to burn off its remaining fuel to reduce the risk of an explosion as it made an emergency landing in the forests of Cerro Gordo.

Flight records show that it circled twice before ploughing into a hillside in rain and fog. The impact destroyed the plane, a British Aerospace 146 short-haul airliner, but it did not explode. Yesterday experts combing the debris had found both of the plane’s black boxes and were preparing to examine it for clues.

“We can’t rule out anything. The investigation is ongoing and we’re going to await the results,” Gustavo Vargas, president of the LaMia airline and a retired Bolivian air force general, said.

One of the five survivors initially reported that the plane had run out of fuel, adding to confusion over what brought it down. The LaMia website said that the 146 jet had a range of about 1,600 nautical miles, which is similar to the distance covered from Santa Cruz in Bolivia — where the Chapecoense football team changed flights after arriving from Sao Paulo — to Medellin.

The company operated three of the aircraft, which were launched in 1981. Fewer than 400 were built, of which 220 are still in service. The plane that crashed was built in 1999.

César Torrico, a spokesman for the Bolivian civil aviation authority, said that the plane was checked before departure and reported no problems. Reinaldo Rueda, the coach of Atletico Nacional, who were due to play Chapecoense, said that his team had flown in the same plane before.

“We’ve been on that plane six times and I’ve even been in the cabin with the pilot. We also had problems with weather but not the plane,” he said, adding: “When we were flying to play against Bolivar in La Paz on that plane we also had an issue connected to a miscalculation in the fuel.”

How to Capture Wildlife on Camera

Finding the right travel agency for you