Plus: searching for a stargazing getaway; a Christmas visit to see Santa in Lapland; Walt Disney ticket woe 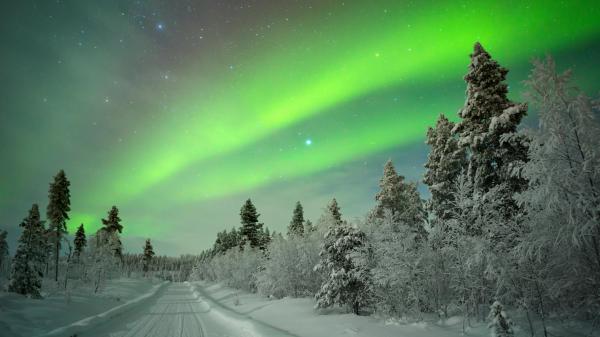 Q We are a family of four with children aged 10 and 15 looking for our first trip abroad. We have agreed on a week in Switzerland in August and would like some moderate walking, maybe some mountain biking (particularly for the 15-year-old), trains and chocolate, preferably departing from Bristol. What do you suggest?
Sarah Andews, via email

A Inntravel (01653 617001, inntravel.co.uk) has two family walking holidays that could appeal. The Hotel Edelweiss in Engelberg is the base for its Heart of the Swiss Alps trip, which offers great walking and activities like cycling, canoeing and boat trips on Lake Lucerne. This would cost £2,335 for the four of you in August, including some meals, but not flights (and you would have to fly from Heathrow to Zurich with British Airways or Swiss).

Or you could try hotel-to-hotel walking — with luggage transported separately — across the Bernese Oberland. The three hotels en route all have pools and prices start at £3,880 for the four of you for a week in August sharing one room half-board, excluding flights. There are flights to Basel and Geneva from Bristol with easyJet.

Alternatively, stay in Grindelwald at the foot of the north face of the Eiger. Apart from being fantastic walking and mountain biking country, it’s the ideal base for one of the world’s most famous railway journeys through the Eiger to the Jungfraujoch, Europe’s highest railway station. Stay at the friendly family-run Hotel Bodmi, which has wonderful food and a peaceful location above the village. Half-board with flights from Bristol starts at £1,013pp with Inghams (01483 345792, inghams.co.uk).

Q My boyfriend is interested in astronomy and I would like to organise a weekend away at one of the UK’s dark sky areas. I’m looking for a hotel with good food and some tuition on the night sky and stargazing with equipment included. A dark sky area in the north of England would be preferable.
Laura Tilston, via email

A Northumberland is home to Kielder, the world’s fourth-largest dark sky park, and several hotels in the area offer stargazing weekends; the Redesdale Arms (01830 520668, redesdale-arms.co.uk), a 16th-century coaching inn in Otterburn, has two-night breaks that include astronomy talks for novices and telescope observing, guided by experts. It hasn’t set dates for next year, but its stargazing break this month costs £190 a room B&B. Alternatively, the Selkirk Arms Hotel (selkirkarmshotel.co.uk) in Kirkcudbright, Dumfries and Gallowaym hosts regular stargazing breaks. Its next one, on February 24 and 25, costs £239pp and includes half-board, transport to and from the Galloway Forest dark sky park and talks from the astronomer Steve Owens.

Q We would like to take a trip to Lapland next December to see Santa with our grandchildren and family. We have a budget of £10,000 for six adults and four children, who will be three, five, six and seven. Can you help?
Linda Coppin, Nottingham

A Specialist operators such as Canterbury Travel (01923 822388, santa-holidays.com), which offers all-inclusive trips and guarantees small groups, are quite pricey. The cheapest package it could offer next December is a two-night itinerary in Finnish Lapland for £11,222.50 for the whole group, departing on December 9 from Gatwick. You can, however, afford a four-night trip with Monarch (monarch.co.uk). It flies to Finnish Lapland and its Ready, Steady, Snow itinerary includes “taster” husky dog, snowmobile, reindeer and toboggan rides, as well as a visit to Santa’s post office, a gala feast and a meeting with the great man. Full board at the Hotel Sirkantahti starts at £825pp for four nights in December (based on four sharing a room), with flights from Manchester.
Julia Brookes is the Travel Doctor

Don’t put up with this: I changed my Disney ticket and lost £300

I was going to visit Walt Disney World in Florida with friends on December 31 and bought a 21-day multi-park ticket from the Disney website. The friends then decided to travel on January 2, but when I asked Disney if I could use only the remaining 18 days of the ticket, I was told I would have to buy a new 2017 ticket and pay a £50 cancellation charge. I managed to appeal against the cancellation charge, but cancelling one ticket and buying another has proved so complicated that a £300 credit has been lost. It was not refunded to my credit card, nor was it transferred to my new invoice. Can you help?
Barbara Burden, via email

The email trail you sent me showed that, despite weeks of trying, you couldn’t get a satisfactory response from Disney. The day after I became involved, you had your money back, but Disney insists that it was already resolving the problem. Disney said in an email: “The Walt Disney Travel Company promptly seeks to address any concern that arises to ensure guests have a magical visit. As such, we were already working with the guest when Travel Doctor contacted us and are pleased to confirm the situation has been resolved.”

Paying Homage to Leather on Willow in NZ

Inspired by Attenborough? Head off on a wildlife holiday