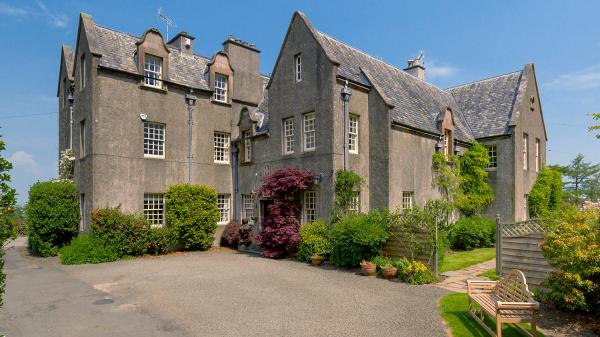 Whether we want a castle or a tiny house, lifestyle influences our choice

The way in which homeowners live, rather than the bricks and mortar they buy, is the key force at play when predicting property trends. While no particular house types were singled out as the next big thing by our experts, what was highlighted were shifting consumer tastes, especially those towards escapism, and at the other end of the spectrum, order.

Books and television were listed as factors set to influence predilections next year. In particular the Japanese author Marie Kondo’s multimillion-selling titles celebrating the art of a tidy home have prompted a quiet revolution in scaling back clutter into harmonious — and smaller — spaces, while BBC One’s new series on Shetland’s wild Fair Isle has begun to pique the interests of buyers looking for a fresh challenge.

Other trends are familiar ideas rehashed for modern times. The suburbs are ready to shake off their staid reputation and win new legions of fans, while remortgaging, a process once associated with managing debt, is tipped to be used by canny homeowners as a way to capitalise on rising house prices in sought-after areas.

The suburbs
While their reputation might still be linked to twitching curtains and competitive flowerbeds, rising numbers of buyers are willing to look past the prissy perception of the suburbs for a new house. What they find in Scotland’s best suburbs is often different from their expectations: capacious properties in quiet streets with design-led coffee shops and restaurants serving flat whites to discerning ’burb folk at weekends.

Savills has noted that key areas of central Edinburgh have been thriving in recent years, yet outlying areas have taken longer to recover from the crash — until now. Researchers at Savills have put this down to lower fuel costs and the appeal of good schools in the fringes of cities. Abbeyhill, Wardie and Portobello were listed as key suburbs in the capital that will continue to enjoy a “buzz of activity” in 2017, according to Natalie Simpson, the head of residential sales for Savills in Edinburgh.

Fringe communities
Helped by Moray’s strong market activity (sales increased by a third between April and June this year) and recent media exposure, there has been an upturn in interest in Findhorn Ecovillage, which experts believe will continue. Properties at the ecovillage are solar-powered, residents rely on a zero-emission car-sharing club and the emphasis is on self-sustained living.

Created by the Findhorn Foundation in the 1960s, a number of Scottish universities use the village as a research model on how to establish an environmentally friendly hub, with the aim that this can be translated to more mainstream town planning. Details of houses for sale are listed on the foundation’s website.

The power of the small screen should not be underestimated. After last week’s launch of the BBC One series Fair Isle, Living on the Edge, depicting life on the remote Shetland island for its 55 inhabitants, agents expect more buyers interested in seeking a lifestyle change — or investors keen to make money on such a shift. As documented in the programme, properties on Fair Isle come up rarely, yet there are other remote islands where turnover is more regular. The Isle of Luing, mentioned in The Times last month as an up-and-coming spot, and the Isle of Tiree have several traditional blackhouses, or dry-stone-walled homes, for sale, as well as more modern properties.

Small-space living
Bolstered by the Tiny House movement, an American trend with a clue to its function in its title, a growing number of Scottish city dwellers are eschewing larger homes for a simpler way of living. Downsizing from an urban flat to a place where square footage is kept to a bare minimum requires a steely determination and a focus on the benefits. These include reduced mortgage repayments, greater attention given to the function and form of every detail (a tiny kitchen, for example, encourages strict management and organisation) and, crucially, the chance to use the financial savings for lifestyle gain, such as self-employment.

With this in mind, Tiny House Scotland, a company specialising in small-scale homes, has produced NestHouse, a modular and moveable eco-property. The designer, Jonathan Avery, completed its prototype this summer after two years of research and is welcoming private commissions. The NestHouse’s shell-finish ranges in price from £17,000 to £38,000.

Two trends in the tiny house movement are the chance to build your own, with purchasers taking on small restoration projects with the aim of crafting the space to suit their needs, and bijou cottages on large estates. A lifeline to other properties or a main estate residence underpins confidence when making such a radical downsize.

Remortgaging
Once synonymous with consolidating debt, remortgaging is set to emerge as a new route to home ownership. Lisa Pitchers, the regional manager for the west of Scotland at DJ Alexander Legal estate agency, says the trend will be “not so much for equity release, but among shrewd homeowners in certain areas looking to take advantage of house-price rises to reduce their loan-to-value ratio and get an even better rate, or reduce their loan term”.

Finnieston, in Glasgow, and Leith, in Edinburgh — both named this week as places where the “hipster effect” translated to increased property values — and parts of the Borders, owing to the new rail link, were suggested as places where remortgaging could be beneficial.

Student studios
While the increase in wealthy students (or at least their parents) has been well documented, and luxury accommodation is booming, moving to a studio space will be a novel concept for 2017. International students in particular are eschewing communal space for studios in the Collegiate AC developments, which can be found in Dundee, Glasgow and Edinburgh (one will open in Aberdeen next September).

Students are choosing to avoid shared cooking spaces, so socialising areas have been increased. At the developer’s Gateway Apartments, on Montgomery Street in Edinburgh, an in-house cinema and games room are part of the building, which also includes designated work rooms and a gym.

Studios have glossy kitchens, study spaces and large beds, but in case decking out a single room is too strenuous, a £1,300 42-item “luxury lifestyle pack” can be bought. It includes such necessities as bedding, a reed diffuser, a Sonos music system, a vacuum cleaner and a throw in the choice of two modish shades, light grey or latte.

Is Your Next Travel Destination East Africa?

Does Cbd Oil Help Sexually? – According To Doctor Monika Wassermann

Plan Your Holiday To New Zealand