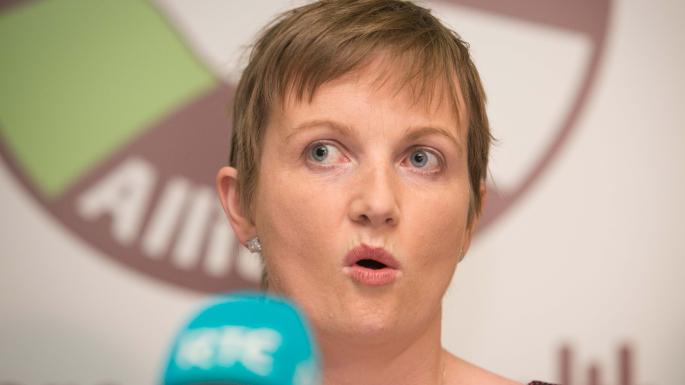 Ireland is set to legalise cannabis for medicinal use after a bill passed the Dail with cross-party support last night.

Simon Harris agreed to allow the legislation to progress to committee stage on the condition that it would be amended to block legalising cannabis for recreational use. The health minister said that it would send the “wrong signal” if he opposed the bill, despite having serious concerns about it.

The private members bill brought forward by Gino Kenny, the People Before Profit TD for Dublin, would make cannabis available for medicinal use under a doctor’s recommendation. It is planned to benefit those with cancer, chronic pain, epilepsy, multiple sclerosis (MS) and fibromyalgia subject to the drug being approved by the Health Products Regulatory Authority (HPRA).

Mr Harris said that he had some concerns about the legislation but was willing to support it progressing to committee stage.

“I believe there is a strength of feeling among the general public that the use of cannabis-based products should be allowed for the alleviation of symptoms associated with certain conditions and I acknowledge the numerous representations from members of the public and from public representatives to my department reflecting this,” he said in the Dail last night.

Mr Harris has asked the HPRA to write to him detailing the clinical benefits of medicinal cannabis. The health minister will recommend amendments to the bill at committee stage following the clinical review, but said that it could suggest amending existing legislation rather than passing new laws.

The review is expected to finish at the end of next month.

“Deputies should be aware that this review is of the highest priority for the HPRA, who have convened a working group to include input from clinicians actively practising in the therapeutic areas in which cannabis is believed to be of benefit,” Mr Harris said.

The Anti Austerity Alliance/People Before Profit has agreed to remove references from the bill that could have the effect of making it legal for anyone to possess cannabis, including for recreational purposes.

Last year a study of drug use in Northern Ireland and the Republic found that cannabis was the most commonly used illegal drug in Ireland, with 27.9 per cent of people aged between 15 and 64 admitting using the drug.

Mr Kenny, who sponsored the bill, said that the conversation for decriminalising the drug fully was for “another day.”

“The growing realisation that existing policies and legislation are failing and compassionate access is succeeding means that a review of our attitude to cannabis as a medicine is long overdue,” he said.

Billy Kelleher, the Fianna Fail health spokesman, said that his party would be supporting the legislation on the grounds that procedures followed were the same as those used when the HPRA authorised Sativex, a cannabis-based treatment for multiple sclerosis, in 2012.

Michael Harty, the Independent TD for Clare and chair of the health committee, said he is against the bill. He believed that the legislation was fundamentally flawed as it could be perceived to include smoking cannabis.

The bill had proposed setting up two agencies; the Cannabis Regulation Authority and the Cannabis Research Institute. Mr Harris said that he was against setting up new “quangos.” The legislation will be considered within ten weeks by the Oireachtas health committee, which had already committed to considering the issue independently of Mr Kenny’s bill.

Mr Harris said that he decided to support the move after meeting the mother of a child with severe epilepsy who has been using a cannabidiol oil. Vera Twomey’s daughter Ava, six, suffers from Dravet syndrome, a form of epilepsy that causes frequent seizures. She needed around-the-clock care before using the oil, which is on sale as a legal hemp product.

Cannabis for medical purposes is available in several countries, including the Netherlands, Czech Republic, Canada, Australia, Malta, Croatia and certain states in the US.