In Italy 18-year-olds are being handed €500 to spend on arts experiences of their choice. If Times writers and others were young again, what would they buy? 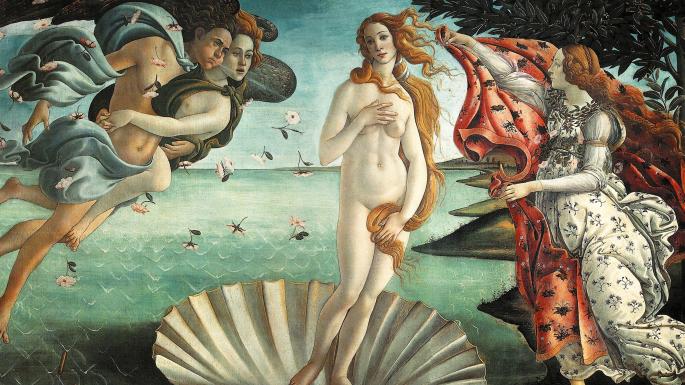 Once again the barbarians are at the gate. Once again it is the Italians who are going to fight them. Although this time the weapons have changed: not for today’s Italians the spears and catapults that saw off the last invasion. Instead the barbarians are going to be driven back by an aggressive vanguard comprising Fellini, Caravaggio, Michelangelo, and the odd ticket to see Adele.

The Italian government is giving a €500 “cultural bonus” to every person who turns 18 this year in Italy (the recipient needn’t be Italian). The money, spent through an app called 18app, is to be used on any form of culture that the person chooses, whether it’s a ticket to see Michelangelo’s David, the ceiling of the Sistine Chapel, an opera by Verdi, Zucchero (the hirsute pop star) or Zuccaro (the 17th-century painter) — since no distinction is being made between high and low culture.

The scheme, which kicked off this month, was announced by the Italian prime minister, Matteo Renzi, ten days after the Paris attacks in 2015. He declared, inspiringly, that “we have centuries of history that proclaim the fact that culture will beat ignorance, that beauty is more tenacious than barbarism”. At this point it seems unlikely that his new transatlantic counterpart will seek to replicate the scheme for, as Donald Trump put it this year, “We won with poorly educated. I love the poorly educated.”

Peter Brookes, cartoonist
I wouldn’t eke the money out, I’d blow it in one magnificent go on two stalls seats for me and my wife for my favourite event: Glyndebourne. The amount almost precisely equals the cost of two good seats to see Mozart’s La clemenza di Tito (top price seats in the stalls are £220). It was ages before I got into opera; it’s not what you do as a student and I was 40 before I first went. I wish to hell that I had got into it earlier for there is no greater joy.

Philip Collins, columnist
The obvious cultural jewel is the opera but I feel like Julian Barnes, who said he found the action histrionic until the death of his wife. That seems a high price to pay, so I will spend my €500 somewhere else.

In matters of art I feel like Baldrick, who was told by Blackadder: “Baldrick, to you the Renaissance was just something that happened to other people.” I would love to be able to say that the period between Giotto and Michelangelo saw a flowering of the arts that set the course for everything that followed. I would like to be able to say I was a quattrocento man and know what I meant. So, time wandering the galleries of Florence trying desperately not to ignore the audio guide is an education I sorely need. That money would let me pay the €8 entrance fee to Florence’s most famous gallery, the Uffizi, once a week every week for a year (with a bit left over for the odd espresso).

That leaves just enough for a copy (£2.40 for a 7in) of the best commentary on the Trump presidency in all pop music, Stevie Wonder’s Heaven Help Us All. 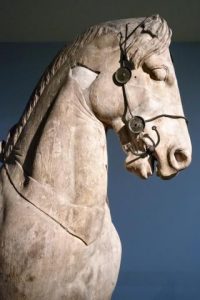 Melanie Reid, columnist
First stop would be any gallery selling forthcoming artists, or an art-school grad show, where I would buy the brightest, most feelgood picture I could find — a totem of hope. Then, tickets to hear a great cellist play Bach. And finally a visit to the British Museum (free!) where I would buy postcards of the colossal horse from the Mausoleum at Halikarnassos 350BC and send them to everyone under 30 I know, with the message: “This survived the barbarians, so shall you.” So that’s £390 on optimistic art, £25 on personal musical transcendence and 35 postcards at 70p each. Come to think of it, blowing the entire budget on 630 postcards might not be a bad alternative.

Richard Morrison, chief culture writer and classical music critic
I would invest £52 in annual membership of English Heritage and £63 on the National Trust (much though the latter’s management irks me). With them in my pocket the whole cultural and social history of the nation opens out like an enormous pop-up book.

I’d probably blow £89 on an annual subscription to an arts screening website such as Medici.tv, which offers a “best stalls” view of dozens of superb live opera, ballet and concert performances each year for about the cost of a single ticket to any one of them. Which goes to prove, yet again, that the “elitist” arts are far more accessible, and cheaper, than top-class sport.

Pragmatically, if boringly, the remaining £240 would go on train fares. We have hundreds of fabulous museums and galleries scattered across Britain, many of them offering free admission — but how many of us travel outside our own locales to see them? 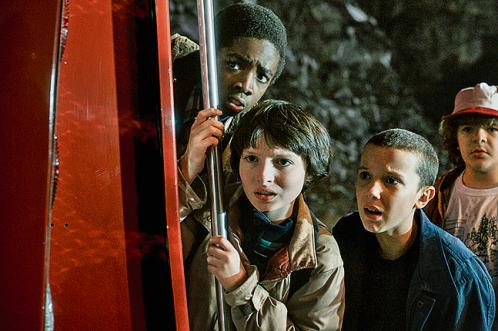 Alex O’Connell, arts editor
I would spend my money on seven good stalls tickets for the family to go and see Sally Cookson’s Peter Pan at the National this Christmas. To buy will be an awfully big adventure! It has JM Barrie’s original idea of making Captain Hook and Mrs Darling the same person and is much influenced by Andrew Birkin’s fantastic book, JM Barrie and the Lost Boys. That’s £60 for the adults and £30 for the kids — £270 in total.

Then I’d fund a Netflix subscription so that I can re-watch my show of the year, Stranger Things, and anticipate its next season in 2017. That’s £8.99 a month for the premium package for 12 months — £107.88. Anything left I’d give to the Kickstarter fund trying to raise money for a David Bowie statue in Aylesbury. Oh to be remembered with a Buckinghamshire bronze.

Robbie Millen, literary editor
In these darkening times, we need a vivid splash of Enlightenment sanity. Edward Gibbon’s The History of the Decline and Fall of the Roman Empire — all six volumes and a hefty 4,000 pages — is just that. This elegant and witty study, written in the late-18th century, shows how an empire decayed and collapsed because of superstition, folly and the loss of civic virtue. Hmm, can you see any parallels? An attractive edition can be bought from Everyman’s Library, divided into two box sets for £45 a pop.

That leaves about £350. By my reckoning you can pick up decent editions of all the novels of Dickens, Austen, Fielding, Eliot, Hardy, Thackeray and the Brontë sisters and still have enough money to see Dizzee Rascal, who apparently is popular with the young people, in concert.

Kate Muir, chief film critic
What about a £65 Doc/Lovers wristband for the Sheffield Doc Fest June 9-14, 2017 — you could take a friend and see as many films as you could, plus go to great parties. Stay in an Airbnb. Or for £140 you can buy a year-long investment as a member plus of London’s Picturehouse Central — or buy the equivalent at a local indie cinema. Picturehouse shows mainstream and art films and the London deal includes eight free tickets, £3 off regular tickets and access to the private members’ bar and roof terrace with amazing views. And what about the film scores live series at Southbank with the Philharmonia? On June 23, 2017 there is Hitchcock’s Psycho with a live orchestra — spine-tinglingly scary for £35-£45.

Dominic Maxwell, theatre and comedy critic
Oh sure, I could spend this money wisely — an improving book here, a fact-finding trip to the ballet there — but really if the Italian state is going to make such an operatic display of trust in my cultural self-realisation, I should respond with an equally grand gesture. A grande follia of an act of cultural consumption. I must buy myself something that I, a) really want, b) can’t afford and c) don’t need.

Great timing, then, that my favourite band when I was 18, Pink Floyd, will on Friday attempt to milk what’s left of the CD market by releasing a new box set, The Early Years 1965-72. For an outrageous — yet suddenly doable — £400 I get a beyond-completist 27 discs of pre-Dark Side of the Moon rarities.

There is every chance it will sit unmolested on my shelf next to that lovely Miles Davis box with the metal spine that looks better than it sounds, but still. It’s the Floyd. I want it. And thanks to the Italian government, I’m having it.